It has been a couple of months since I last tested my PiTFT and couple of versions of Raspbian have been released. Where the original post was based on Raspbian 2016-05-27, the most current version now is Raspbian 2017-01-11. Time to check if the guide and patch still work!

Again,  lets begin by using  Rufus to write the rasbian image to a SD card. Extract the .img file from the zip file and use Rufus’ dd mode.

Tip: Your WiFi  settings can be configured by creating a wpa_supplicant.conf file on the SD card.

The first problem immediately became apparent, ssh has been disabled by default. This is easily solved by creating an empty file called “ssh” on the SD card. After this a SSH connection can be established, lets continue.

A quick check shows that the overlays still exist:

Naming is still similar as before, some newer screens might be supported now. This means the /boot/config.txt setup is still good! I noticed that device_tree was defined in the original post, this was probably not needed and might cause incompatibility with other pi versions.

Next step are the changes /boot/cmdline.txt to get the shell to show on boot. A reboot showed that everything so far worked.

So now, to test the patch for TSLib support in the driver module. Again, starting cloning the GIT repositories for raspbian and the ft6236 patch.

And the moment of truth: Will the patch still apply and will the kernel compile? 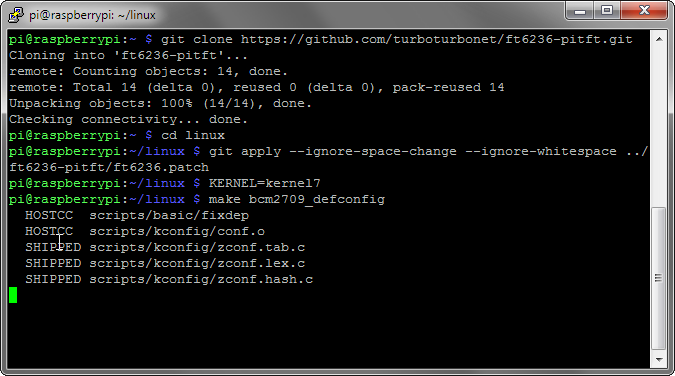 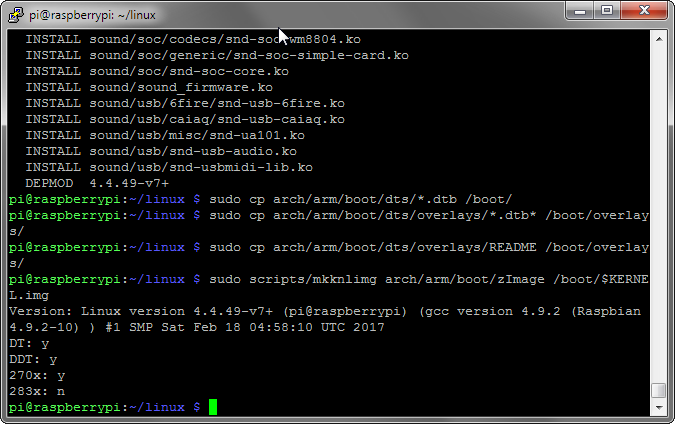 All and all, everything still works!