For years I owned a Thinkpad T61p for on the road, and had a desktop PC for the more intensive work. A recent move made me decide to combine the two. After some research I settled on a ThinkPad T450s, mainly because of my good experience with the old ThinkPad.

The T61 had the legendary(?) classic ThinkPad keyboard, and to me this was pretty much the best keyboard around: Perfect “clicky” feedback; decent key travel; the home/insert/etc buttons arranged just as on a full size keyboard; separate buttons for volume control  and of course the blue enter key.

As of the T440 this type of keyboard has been abandoned for a more modern, apple-ish, type of keyboard. So had my T450s, but to be honest: the switch was very easy. The superior clicky feel and travel still exist in the new type of keyboard and got used to the other differences in no-time. Basically just as the reviews stated, it’s probably one of the best keyboard on a modern laptop. Overall the old one might have been a bit better, but for the 1993 looks…..

A review pointed out the backlit keyboard was pretty susceptible for smudges, and this was my only issue with it too. I always assumed it was because the obviously different coating on the non-backlit keyboard. However, because a recent mishap resulted in having destroyed a key made me discover that there are more differences!

Lenovo’s laptops are pretty well supported and documented. The Hardware Maintenance Manuals (HMM) are great and they also supply extensive part lists (FRUBOM). When looking for the right part number for a replacement keyboard I discovered the backlit US English is made by multiple manufacturers! Chicony and LiteOn are both listed. The non-backlit is also manufactured by Primax in addition to the other two.

You can look up the keyboard used in your laptop using Lenovo’s PartsLookup page.

On eBay I could find the LiteOn for a good price, that and because it’s a familiar brand I decided to go with the LiteOn. This was a lucky guess, but it turns out this keyboard is of better quality than the Chicony! The key force is slightly higher than the Chicony and it has a little better tactile feedback. BUT, best of all, the coating of this keyboard is better! Its a little less slippery and a lot less susceptible for smudges.

Basically, if you ever need to replace your ThinkPad Keyboard it pays of to look around a bit to see if there are any quality differences. For instance, the T460s has multiple keyboard suppliers as well: Dafron and Chicony, the T560 has both Chicony and LiteOn, the 3rd Gen X1 Chicony and LiteOn too.

I’ve tried to take some pictures to illustrate the difference in smudges, it’s a little hard to photograph but should still be visible. Remember the Chicony keyboard hasn’t been used in a while, but is still very smudged. 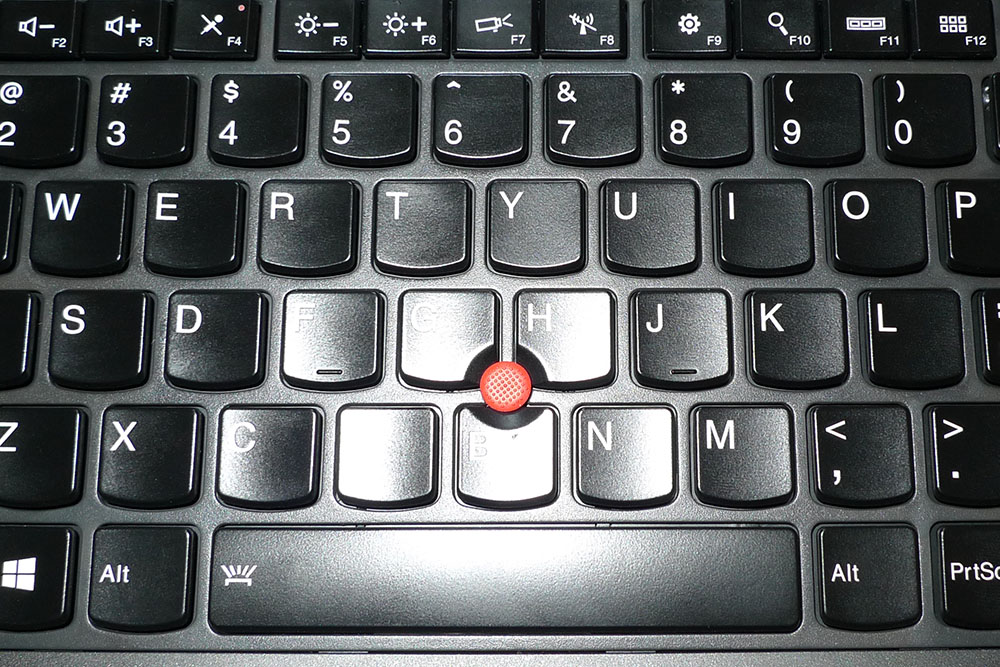